THE ULTIMATE GUIDE TO BROGUES

The history of the brogue style stems from the 1600’s when practicality came before decoration and the technique we associate it with today.

Originally, the small holes were designed to let water out of the shoe when walking on wet terrain such as a bog; this was especially useful to farmers.

As such, the style was worn predominantly by the working class as a country shoe, right up until the early 20th century when more prominent celebrities and royalty adorned them.

From the so called ‘Jazz Era’ in the 1920’s brought a certain classy and elegant reputation that has maintained to this day.

A blind brogue from our ‘life’ collection. This style features premium leather with traditional broguing on a white contrast sole. 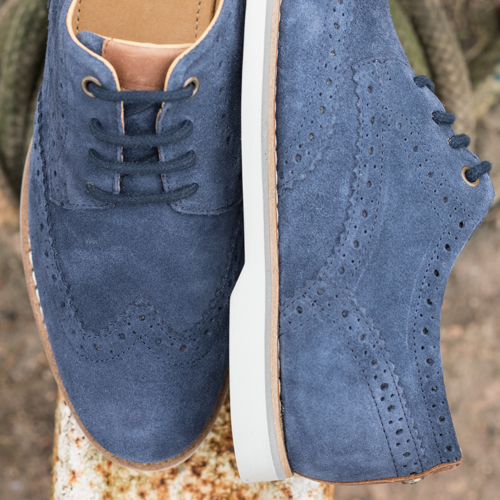 One of our most premium Goodyear Welted shoes featuring a memory foam sole for added comfort and a rubber sole for grip.

Our go-to brogue with Tweed from Lovat Mill in the Scottish Borders. This full brogue also features a Goodyear Welted sole for added durability.

Whilst brogues are seen as a fancy and luxurious shoe style, they shouldn’t be worn for more formal settings such as a job interview or when wearing a three piece suit. As a general rule of thumb, the more broguing on the shoe, the less formal it is.

The colour also plays a part as more traditional brown and tan is associated with country, whilst jet black sets a contemporary feel.

The two-tone leathers which were popularised during the ‘Jazz Era’ known as a ‘Spectator Shoe’, whilst black and white came about through Elvis in the film ‘Jailhouse Rock’.

A brogue produced from the finest Italian tan suede with a Goodyear Welted Sole. This shoe produces a timeless appeal for the fashion-conscious. 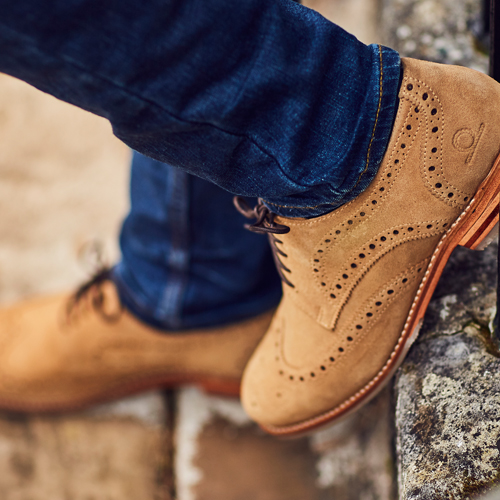 A Goodyear Welted Chelsea Boot with brogue detailing on the front and elasticated side panel for comfort and style. Perfect for the country.

An ankle boot with supreme style. Stornoway is an evolution on our ‘Lewis’ brogue featuring the same manufacturing quality with Tweed from Lovat Mill.

MORE FROM THE CLUBHOUSE